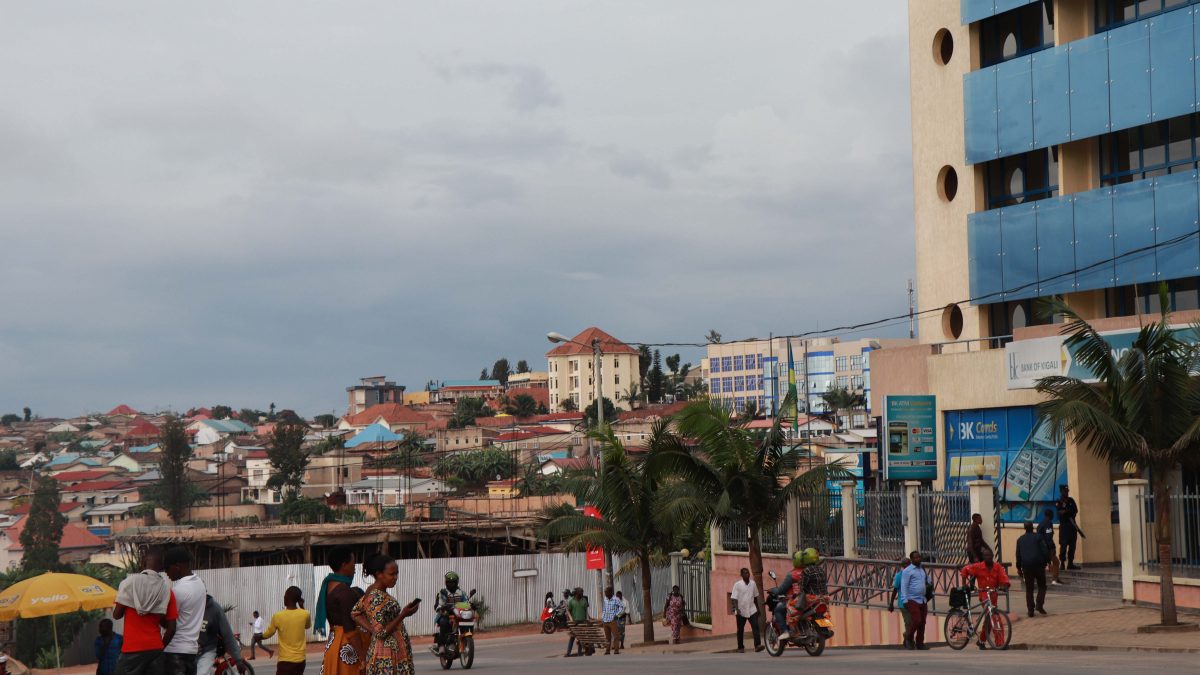 New research done in three Rwandan districts drives new insight and vigour for climate change mitigation and adaptation planning. Local officials can use these reports to both feed ground-level details into and to design appropriate climate action.

A changing environment demands data and information and this is especially true at local government level. Here, officials are tasked with the planning and preparation for climate change.

“With newly available data insights,” says Ezechiel Niragire, District Environmental Officer for the Muhanga District of Rwanda, “we can communicate the impacts of climate change, the risks of landslide damage, and flooding which threaten our houses and infrastructure. We can now also identify means to reduce our contribution to climate change.”

Muhanga is one of three cities in Rwanda for which, under the Urban LEDS II project, two key documents have recently been produced for the first time: a greenhouse gas inventory and a climate risk and vulnerability assessment.

The development of these reports illustrates the impact and relevance of exercising coherent data collation and analysis. The combination of methods – downscaling national data and the co-producing District-level data – enabled researchers to uncovered crucial insights which the officials of Muhanga are able to apply to their core work.

Given the relatively low emissions profile of Rwandan cities (in relation to most other African cities), a first glance would suggest that exploring climate change mitigation is not a priority for such a minimally emitting entity. However, by delving into the greenhouse gas inventories for the very first time at the district-level using an internationally standardised methodology, ICLEI Africa and officials were able to discover the nuances, opportunities and gaps in data availability which otherwise may not have stood out so starkly.

When traveling to Muhanga to discuss these reports with officials, ICLEI Africa started the conversation around bottom-up data collection and gave new purpose to the officials’ climate change mandates.

In particular, one of the main recommendations made by The Green House, the consultants who compiled the inventories, was that updated district-level agricultural data should be collected and made available, especially in light of the large contribution of agriculture to Rwandan emissions generally. Workshop activities in Muhanga revealed that such data as livestock counts could in fact be gathered at the ground-level, allowing for a more accurate picture of the agricultural impact on emissions.

In addition, although stationary energy emissions constitute a small part of total emissions, data was missing on the number of generators in the commercial and industrial sectors. Most hotels and companies linked with Rwanda’s burgeoning tourism industry, for example, are likely to have diesel generators. Furthermore, a relatively crude assessment of the split between cooking and lighting was initially employed for household paraffin use. Whilst energy plays a small part in Muhanga’s emissions, the bulk of that contribution (82%) comes from households due to the reliance on paraffin and charcoal.

Officials were responsive to this data gap, and suggested that household surveys could glean more insights into the domestic energy source patterns for cooking in the district.

By far the most important insight of the inventory, however, was that in Muhanga, emissions from waste are dominant at 44% of total emissions under the BASIC methodology[1], and in particular wastewater, and all but dwarf those from other sectors. This is not necessarily due to an unusually high amount of waste generated, but more because of the limited development of formal waste treatment facilities in Rwanda.

The report strongly urged that tonnages of waste to landfill, and district-level waste characterisation data be collected, particularly to untangle the discrepancies between the size and make-up of waste streams in urban areas compared to national averages.

In response, Niragire confirmed that even without this data, local governments such as Muhanga had begun implementing measures to drive sustainable waste management. Separation at source, between bio and non-biodegradable waste, is encouraged and a waste collection company has been engaged to deposit the waste streams separately.

“In time, we plan to refine and strengthen this policy. However, we continue to communicate to residents that the best solution is to reduce waste generation to begin with,” says Niragire.

Rwanda’s a well-designed and standardised national data collection system greatly facilitated the process of inventory collation – lending further substance to the benefits of a transparent and strong relationship between national and subnational actors. Where district-level data was unavailable, national or provincial data (for example, GDP) was scaled down to the local level.

Recognising the importance of reporting is the crucial first step toward instigating systematic progress, which will ultimately enhance accuracy.

“Information and data is very important for the district and the country to identify emissions, put mitigation measures into place and inform an awareness campaign for citizens.”

Niragire’s reflection on data has universal application. Indeed, it is these actions which ultimately give credence to future low-emissions planning and development.

[1] BASIC refers to the Scope 1 and 2 emissions for the stationary energy, transportation and waste sectors. Indeed, because agriculture is so prevalent in Rwanda, it is technically the largest source of emissions. However, agriculture is not included in the standardised BASIC reporting framework.