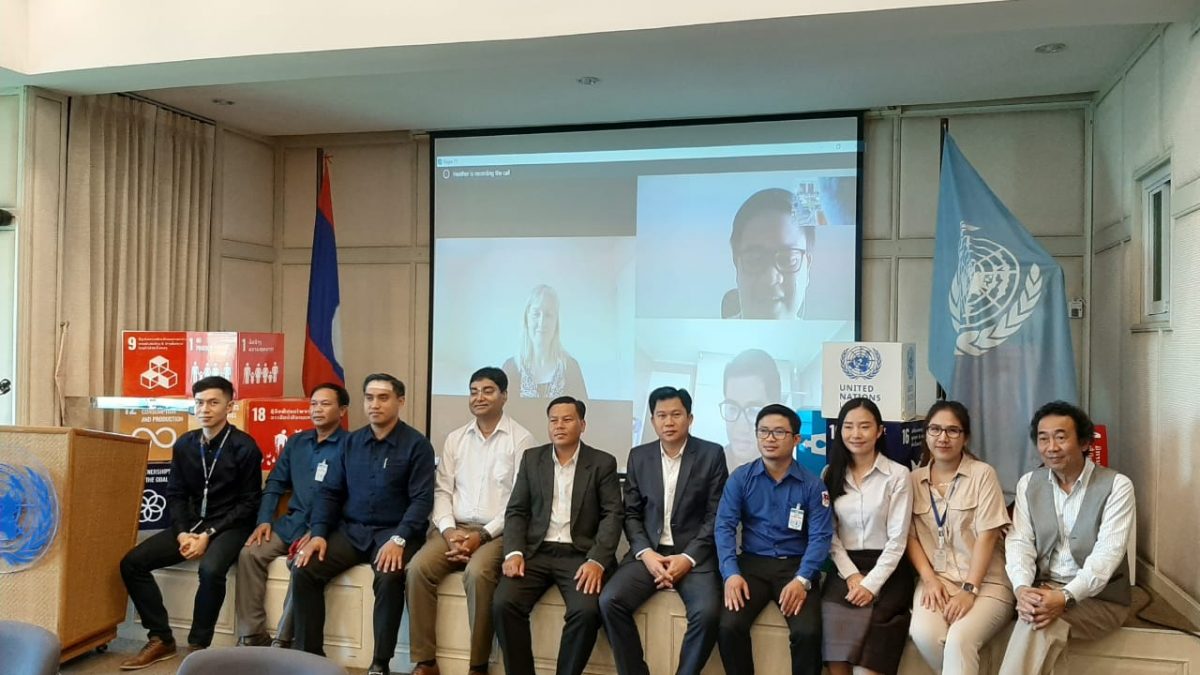 In December 2020, a capacity building workshop was held at UN House in Vientiane to introduce and train government officials on four new sets of technical guidelines to support the government in Laos to improve vertical coordination and integration of climate change policy and action.

In Laos, Urban LEDS II project explores and supports synergies and enhanced multilevel governance/ vertical integration between different levels of government on tackling climate change. As part of this vertical integration component, UN-Habitat had earlier identified a significant knowledge gap between national and subnational staff in the natural resources and environment sector. Although there is a wealth of knowledge at the international level which is accessible to national level officials, language and technical barriers prevent local level officials in Laos from accessing it. In order to bridge the knowledge gap between national and sub-national levels UN-Habitat, in consultation with the Government, supported the strengthening of the technical and institutional knowledge in the sector, the guidelines were developed on the following topics with regard to Climate Change:

–  Financing tools and Mechanisms; and

As well as representatives of UN-Habitat and ICLEI, the workshop was attended by representatives of the Ministry of Natural Resources and Environment (MONRE), and stakeholders from the Urban LEDS model cities of Kaysone Phomvihane and Pakse.

The December capacity building workshop highlighted several issues with regard to responding to climate change in Laos. Among these were the creation of new words and phrases or the selection of existing words to translate climate change concepts into the Lao language. There is also a common difficulty of staff turnover and the resulting loss of institutional knowledge. The four guidelines aim to help overcome these challenges by providing an accessible repository of relevant knowledge and sharing lessons learned from experience both in Laos and in other countries.

The guidelines are accompanied by training modules and institutionalised in the natural resources and environment sector. This anchoring will ensure retention of this knowledge and enhance multilevel governance processes related to climate change as they affect Laos. The Urban LEDS II cities are the first to pilot the guidelines as they develop low emission development strategies and address climate resilience.