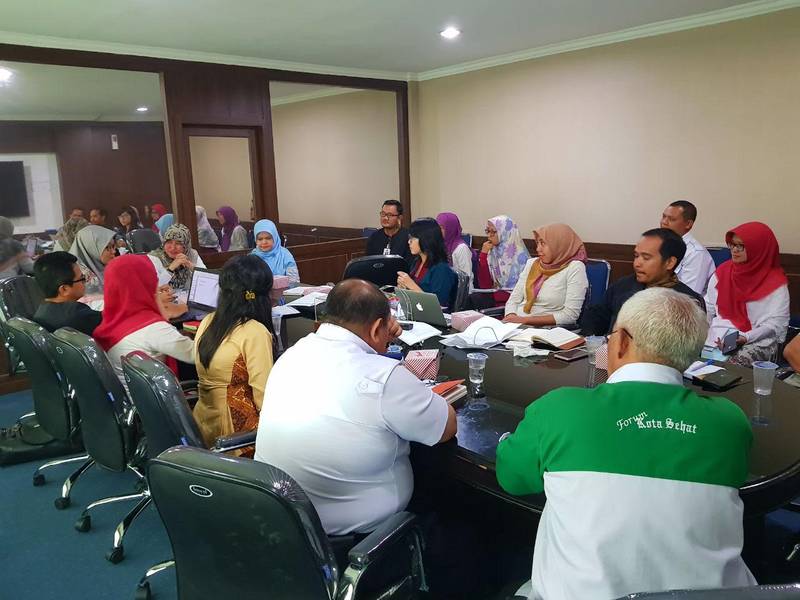 ICLEI met with the Indonesian cities on March 7 and 9 respectively to assess the cities’ progress in implementing their urban low emission development plans and to introduce the project’s second phase.

Through the Urban-LEDS project, Bogor and Balikpapan received technical assistance from ICLEI from 2013 to 2016. The project is now in its second phase, titled, “Accelerating climate action through the promotion of the Urban Low Emission Development Strategies” or simply Urban-LEDS II. Through Urban-LEDS II, ICLEI intends to accelerate low carbon work in both cities. The project, which runs from 2017 to 2021, is jointly implemented by the United Nations Human Settlement Programme (UN-Habitat) and ICLEI with funding support from the European Union.

Ms. Erna Hernawati, Head of Local Planning and Development Agency of Bogor City, highlighted the importance of having a multi-governance dialogue and emphasized that the need to build more collaborative efforts in achieving the ambitious national GHG emission reduction target. She also recommended the inclusion of the provincial governments in the process since they have the mandate to report the progress of GHG reduction efforts at the local level, while cities and regencies directly engage with the citizens.

On the other hand, Mr. Suryanto, Head of Environmental Agency of Balikpapan City, stressed the need for city-to-city cooperation on low emission development and that the city is willing to mentor other cities such as Samarinda, Tarakan, and Bontang. Balikpapan has taken various innovative actions to implement low emission development and has been cited as the most liveable city in Indonesia by the Indonesian Association of Urban and Regional Planners.

Building on the achievement of Urban-LEDS I, Urban-LEDS II in Indonesia aims to strengthen the multi-governance approach in achieving the country’s commitment to GHG emissions reduction, particularly by promoting synergy among various levels of government. This is in line with the Talanoa Dialogue, an outcome of the 23rd Conference of the Parties (COP23) held in Bonn last November 2017. There is also a focus on integrating resilience into the earlier mitigation strategies developed.

Other discussion areas during the visit included the institutional capacity building needs of local governments and effective citizen engagement on climate change adaptation and mitigation. There is a need to train local government officials and staff on how to conduct a GHG inventory and monitor emission reductions. Moreover, capacity building initiatives should also be inclusive and involve a wider audience base including legislative members, students, civil society organizations and other stakeholders.