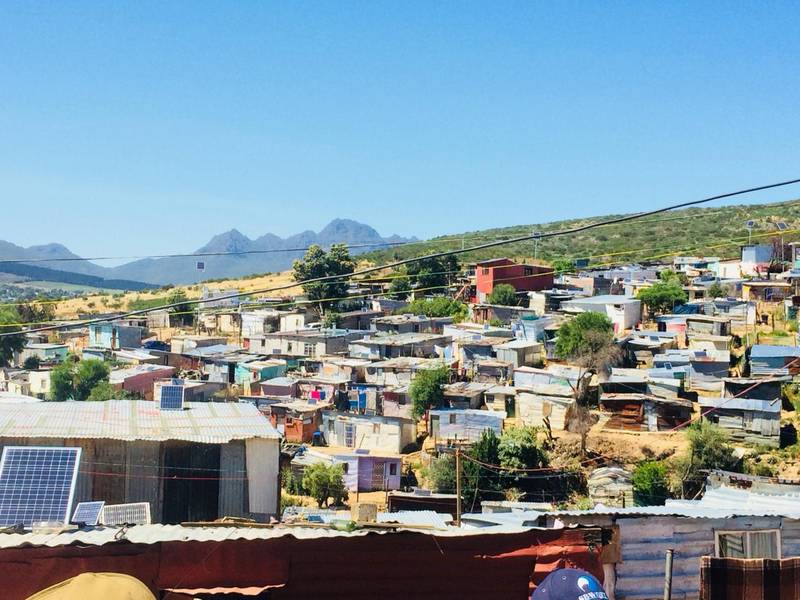 Off-Grid Solutions for Electrifying Informal Settlements. Saldanha Bay Local Municipality is one of the cities participating in the Urban Low Emissions Development Strategies (Urban-LEDS) project, in the first phase from 2012 – 2016 and now in its second phase, from 2017 – 2021. Building off the work done in Phase 1, the municipality is now mainstreaming climate action and looking to the implementation of low emission and climate resilient development.

To support this implementation of Saldanha Bay’s Low Emission Development, ICLEI Africa facilitated a peer-to-peer knowledge exchange on the 7th of November 2018, where Saldanha Bay Local Municipality and Stellenbosch Local Municipality met in Stellenbosch and Enkanini informal settlement to engage on the barriers and enablers of off-grid electrification in low income communities and informal settlements.

The establishment of Saldanha Bay Industrial Development Zone (IDZ) in 2013 identified the Saldanha Bay Municipality as a strategic growth point to achieving South Africa’s broader economic development as driven by the National Development Plan (NDP) and New Growth Plan. With the expectations of increased job opportunities, the municipality has seen an increase in the average annual rate of urbanisation, which is currently 1.8%. The majority of the urban residential expansion has taken place in informal settlements and further driven the need for alternative means of service provision to meet the rapid growth of these settlements. The exploration of alternative means of service provision is also driven by Saldanha Bay Municipality’s desire to seek out opportunities for low carbon development.

The knowledge exchange began with a site visit to the iShack project in Enkanini informal settlement, located in Stellenbosch. The purpose of the site visit was to see the alternative off-grid electrification system implemented and also understand community perceptions. The municipal officials from both municipalities saw the iShack project as a precedent setting project for local government, as the project was able to harness the Free Basic Energy (FBE) subsidy to support energy access for low income residents using off-grid solutions. The combination of using off-grid solutions and the Free Basic Energy subsidy was seen as the main enablers, as it allowed capital costs for energy access provision to be kept to a minimum when compared to the capital costs needed for grid electrification. Off-grid electrification is also seen as an innovative solution to providing basic energy provision when confronted with the challenge of tenure security; meaning that it can be provided in densely populated areas without the municipality having to go through town establishment processes or relocating residents in order to make way for electric poles.

While the solar home systems do not connect electrical appliances like refrigerators and cooking appliances, the benefits to the community include access to: (a) adequate light, without relying on paraffin lamps or candles, therefore increasing safety and health in the community; (b) charging of cell phones; and (c) providing electricity to a television set. There have however been some challenges, even with these well-documented benefits. It was discussed how some community members still have a perception that solar energy is an inferior service to grid electrification because the system that is provided by the iShack project, for example, is not able to power large appliances, and some see it as a solution that lessens local governments’ focus on installing electricity solutions that can meet all the energy needs of community members.

The site visit was followed by a meeting between the officials and the Non-Governmental Organisation involved in the informal settlement upgrading process. This provided an opportunity for officials to engage further on the iShack project and discuss other shared challenges and opportunities to learn from one another. A key focus of this discussion was whether the iShack model could work in Saldanha Bay. At the end of the meeting Saldanha Bay municipality committed to taking forward the lessons learnt from the meeting to its Smart Green Committee, which is a committee established by the municipality to mainstream low emissions development. The Stellenbosch Municipality also suggested that the Saldanha Bay Municipality could enact a small pilot project adapted to their context so that they can learn from that experience before potentially up-scaling the intervention.