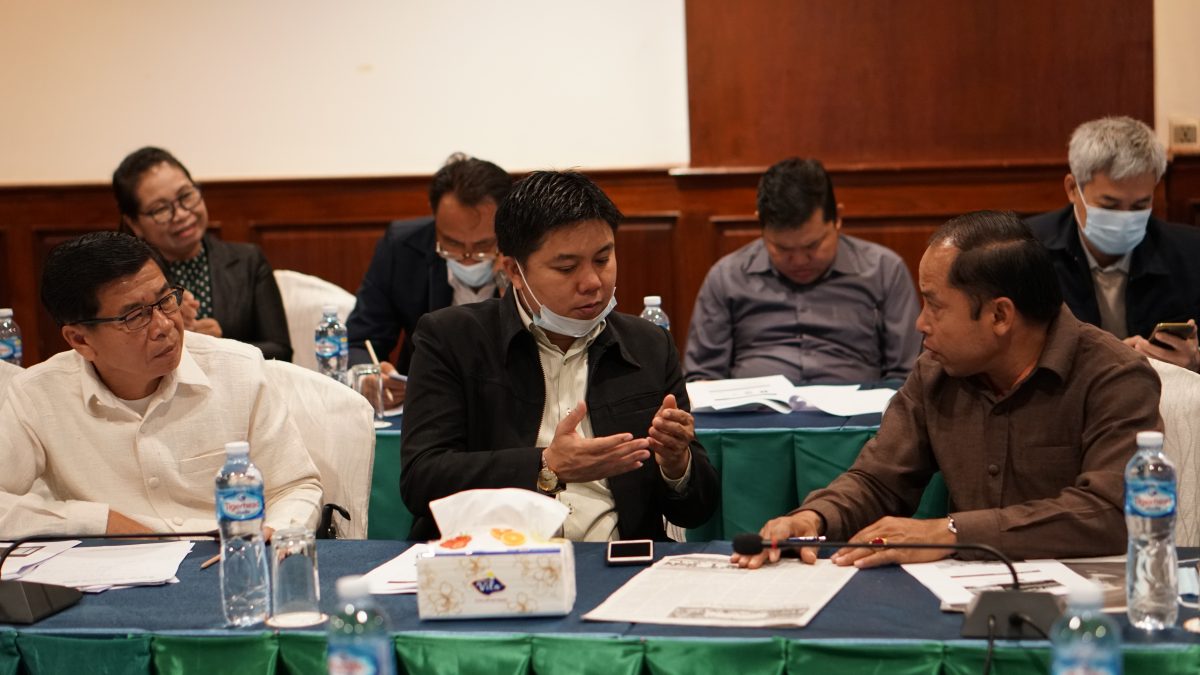 ICLEI Southeast Asia Secretariat (ICLEI SEAS), in partnership with UN-Habitat, hosted a workshop to validate the low-emission development strategy (LEDS) Action Plans of the cities of Pakse and Kaysone Phomvihane in Laos under the Urban LEDS II Project on 9-10 December 2020 in Pakse City. More than 50 representatives from national and subnational governments from different sectors attended the validation workshop.

Funded by the European Commission, the Urban-LEDS II project is jointly implemented by ICLEI SEAS and UN-HABITAT, and is supporting these Lao cities in developing their urban low emission strategies (LEDS) and action plans, and innovative pilot projects. These urban LEDS action plans shall help the two model cities review and update their future climate action plans and mainstream them into the mid-term review of their Socio-Economic Development Plans (SEDP) for 2021-2025.

The two-day Validation Workshop aimed to (1) approve the outline of the cities’ LEDS action plans, and (2) identify priority stakeholders and potential partners for project implementation. Through workshops, group discussions, and presentations of their proposed low emission actions, the representatives from both cities have agreed on their visions, objectives, and strategic projects.

During the meeting, city representatives also reviewed and discussed priority actions that will be implemented under the Urban-LEDS II project. Clean energy for street lighting focusing on green spaces, integrated waste management, and public transportation are some of the actions that the cities are interested in.

Supporting an evidence-based intervention, the cities of Pakse and Kaysone Phomvihane have both developed their greenhouse gas inventories, reporting their top three emitting sectors namely stationary energy, transportation, and waste. Their emission inventories served as the basis to develop their climate action plans. The implementation of the action plans will then be carried forward by financing models to implement the pilot projects.