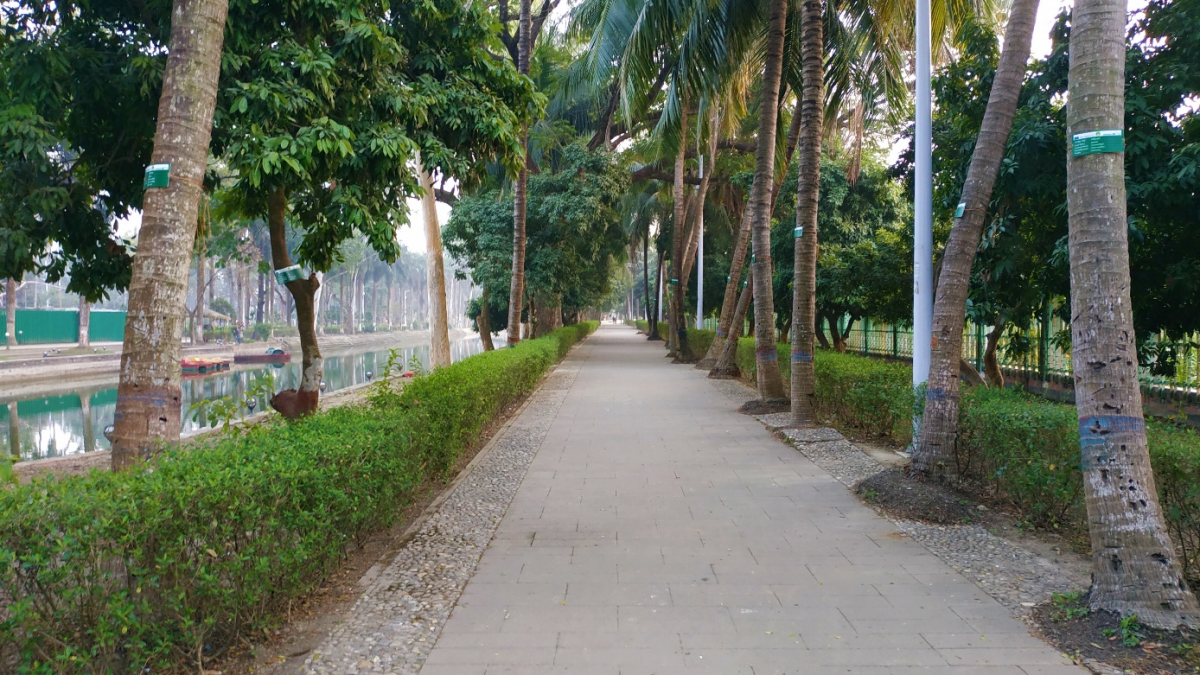 The city of Rajshahi is forging ahead with its efforts on urban greening and biodiversity improvement. Through the support of the Urban-LEDS II project, this city from Bangladesh is taking actions to improve and better manage its open green spaces, create awareness among the citizens on its biodiversity,  promote outdoor activities, and  thereby also contribute to active participation, social interaction and better physical and mental well-being among its residents.

Natural asset maps to record Rajshahi’s natural resources, city-wide as well as for each of 30 adminstrative zones, have been completed. The Rajshahi City Corporation is also equipped with GIS-based treemaps, prepared for selected locations, to represent the spatial distribution of various tree species in the city. Nearly 1800 trees at various locations including Shahid Kamruzzaman Park, Shalbagan Park, Kolpona-Talaimari river embankment, and along five key traffic islands have been labelled to improve public awareness and promote conservation. Furthermore, a pictorial handbook that captures tree species commonly present in Rajshahi is currently being prepared.

An overarching vision and strategy to steer Rajshahi’s efforts on development and conservation of its open spaces and associated biodiversity is currently under preparation. The local community and key institutions that were engaged through interactions and stakeholder discussions, have highlighted the importance of open spaces, especially in light of the COVID-19 pandemic, and put forth suggestions on the city’s vision and priorities.

In December 2020, Rajshahi commenced a demonstration pilot for a bio-diverse plantation scheme along a 2.5 km long stretch of open space, supported by the Urban-LEDS II project.  Plantation of over 800 saplings along 29 targeted slopes of Rajshahi’s Kolpona-Talaimari river embankment was successfully completed in February 2021. The species planted are native, have attractive flowers, and support several ecosystems. A local nursery that undertook the pilot-scale plantation of this assembly of local plant species is also supporting the Rajshahi City Corporation with their maintenance. The saplings are expected to grow during the upcoming monsoon season and will help transform the river embankment into an area rich with bio-diversity in the coming months, enabling residents and visitors to experience the benefits resulting from open green spaces.