Balikpapan City prepares to be climate-proof 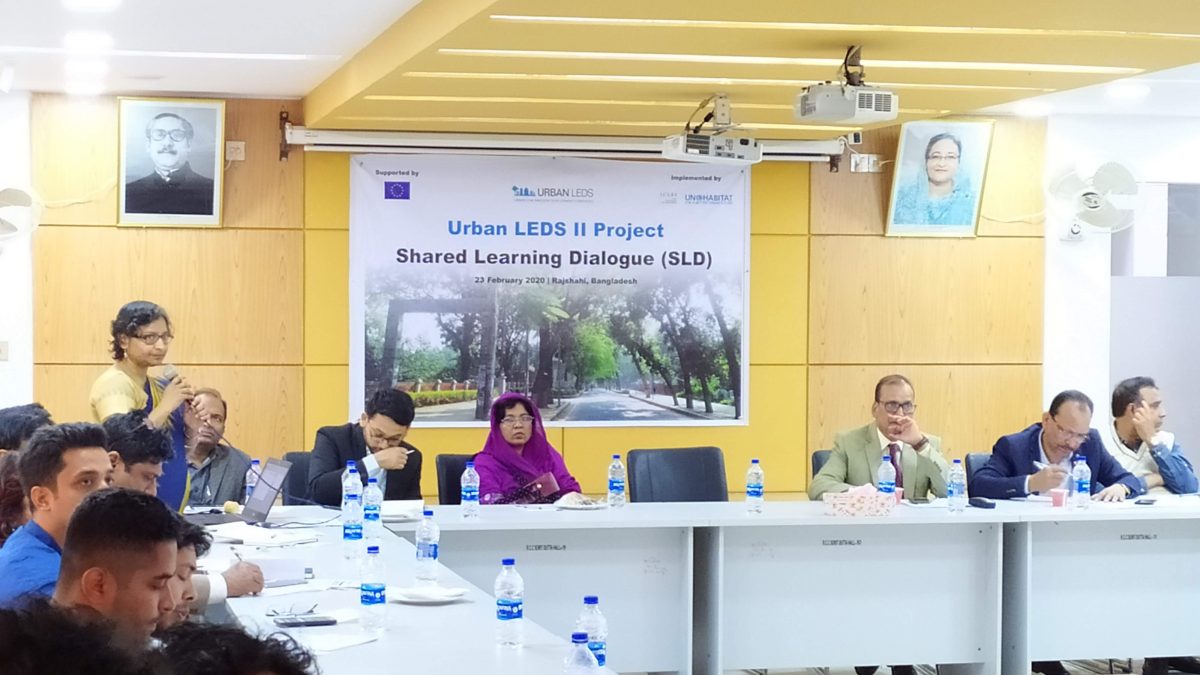 The CRVAs include hazard and vulnerability hotspot maps, which help to identify geographical areas where interventions to build climate resilience can focus on. The CRVAs were presented and finalized through two Shared Learning Dialogues (SLDs), conducted with local stakeholders in these two Urban-LEDS II model cities at the end of February 2020. The SLDs were attended by the city government officials and local stakeholders including public agencies, NGOs and community representatives. The methodological process adopted for the CRVA and key findings were presented for participants to help validate the climate scenario of cities, impacted urban systems, their vulnerability and risk assessments, and vulnerable hotspots. The ICLEI South Asia team also showcased potential climate-resilient solutions across sectors and case studies to sensitize the participants. Inputs were then sought from the participants through group discussions to identify priority areas and climate resilience strategies, and possible synergies with existing programmes.

In Rajshahi, six urban systems – water supply, health, biodiversity, economy, solid waste management, and wastewater – were found to be vulnerable to climate impacts through the CRVA. Ward 17 has been found to be vulnerable in terms of all six fragile urban systems, while five fragile urban systems are vulnerable in wards 1, 29 and 30. The key areas and climate resilience strategies identified in the workshop include conservation of water bodies; promotion of rainwater harvesting; reuse of wastewater for agriculture and plantation; creation of more green areas; encouragement to rooftop gardening; promotion of non-motorized mobility; adoption of energy efficiency and renewable energy solutions in educational and public buildings; holistic solid waste management; and reduction of plastic waste.

Rajshahi and Narayanganj are initiating demonstration projects and technical assessments to help advance priority climate resilience strategies, with the support of the Urban-LEDS II project. A comprehensive open green space plan will be developed for Rajshahi to guide conservation and augmentation of its green areas. The city’s floral wealth and associated ecosystems will also be documented for better integration of biodiversity conservation with urban development. In addition, to demonstrate the potential of energy conservation in buildings, an investment-grade energy audit will be carried out for the Rajshahi City Corporation’s main administrative building.  In Narayanganj, a pilot to demonstrate application of rooftop solar PV systems in public buildings has been identified. A pre-feasibility study was undertaken by ICLEI South Asia in early 2020 to identify solar PV potential and system design for selected buildings. Piloting of ambient air quality monitoring solutions for cleaner air is also planned for Narayanganj.