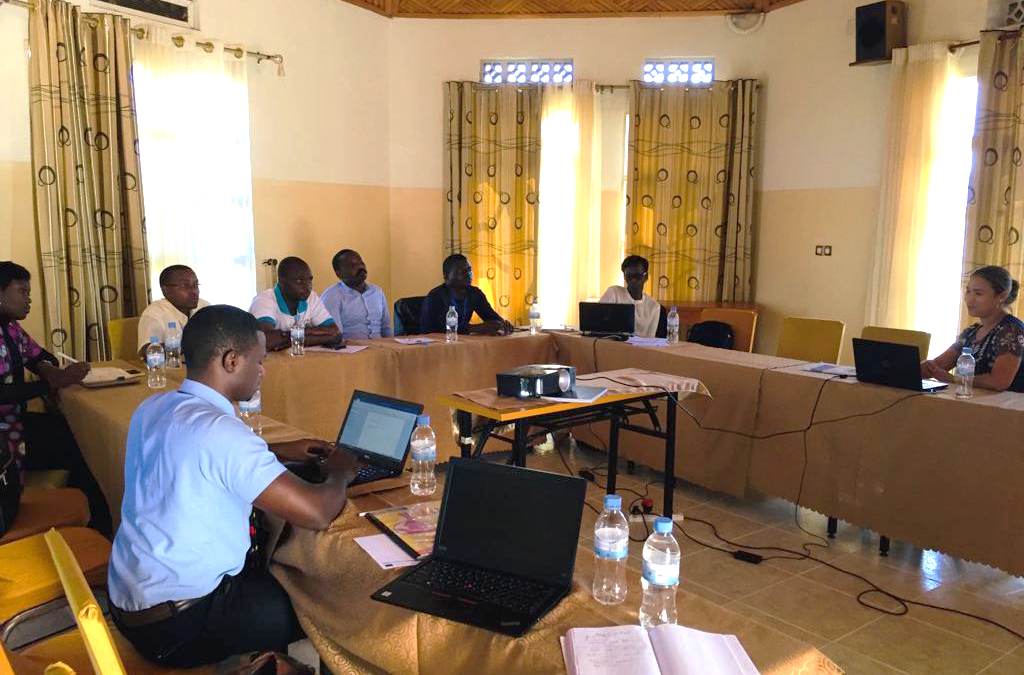 Urban-LEDS ll Training and capacity building on community-scale greenhouse gas inventories for officials from the districts of Muhanga and Rubavu, and the City of Kigali

As sub-national governments are increasingly recognised as key to the achievement of the Paris Agreement and a 1.5 degree world, city-level greenhouse gas (GHG) inventories become a crucial step to plan for and take climate action. Following ICLEI’s GreenClimateCities program, the Urban-LEDS II cities in Rwanda, including the Districts of Muhanga and Rubavu and the City of Kigali, recently attended a series of capacity building and training workshops on the Global Protocol for Community-Scale Greenhouse Gas Emission Inventories (GPC). At these workshops, officials attending benefited by building knowledge on climate change mitigation and emissions, thereby creating understanding on how city level (Green House Gas) GHG emissions inventories support Rwanda’s national GHG emission inventory for climate action planning. The greenhouse gas inventories generated are a critical decision-making tool for the District Low Emissions Development Strategies (LEDS).

The city officials were taken through Rwanda’s national GHG emissions inventory, identifying key trends and sectors that contribute to GHG emissions nationally. From this exercise, locally contributing factors such as waste management, micro-electricity generation plants, industries and agriculture were discussed, with a focus on potential sources for data collection, to start the process to produce local level GHG inventories for the City of Kigali, Muhanga and Rubavu.

“GHG Inventories at the city level allow cities to have a baseline against which all climate action can be compared” said Jean-Eric a GGGI staff member from Rubavu district one stop centre. The officials understood the benefit of being able to report climate mitigation efforts locally and planning of projects that can support such efforts. GHG Inventories also allow more strategic and focused climate action, and could provide support to national ambition and MRV requirements for climate action.

Cities are integral in the fight against climate change.  Mainstreaming climate change is vital in accelerating action therefore, needs to be considered important by all departments in the districts. The capacity building workshops were represented by Technical officials from the environmental, energy, agriculture, health, water and sanitation, Planning and M&E, and mining departments. Technical officials from Global, Green Growth Institute (GGGI) staff at the One Stop Centres in Muhanga and Rubavu districts also attended.

“Now that we understand where our emissions come from, we need to know best practices, need strategic guidance and alternative solutions for how we can move low emissions development“, an official in Rubavu stated after the training.

The GHG inventories of the three districts will be completed in the next few months and feed in to a broader process of supporting integrated MRV for climate action in Rwanda.