Cities of Balikpapan and Bogor review Urban-LEDS Project I

Third Multilevel Dialogue on the climate agenda brings together national and local governments, and civil organizations 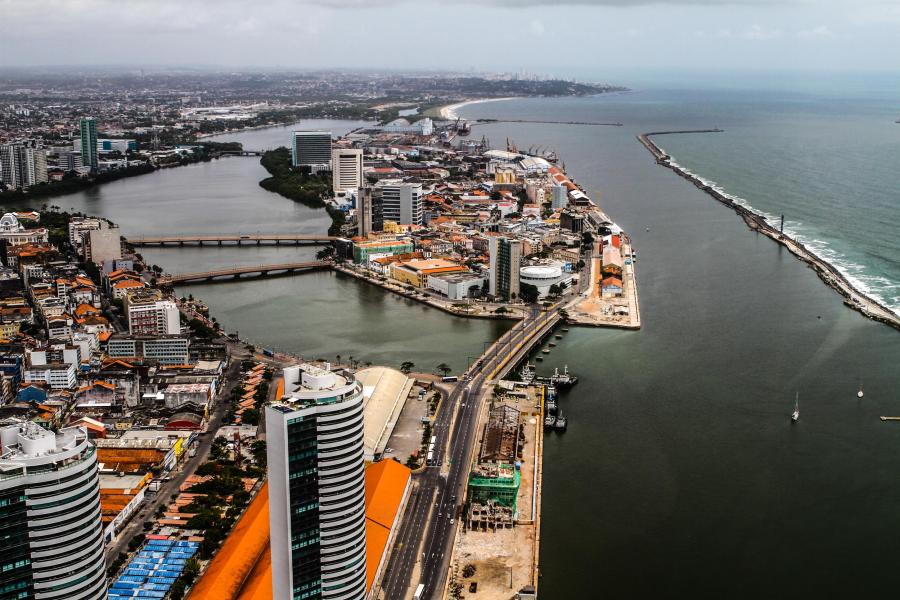 Recommendations for an integrated Measurement, Reporting and Verification (MRV) System with national and local governments

In August, ICLEI South America and the government of the State of Pernambuco, Brazil, held the Third Multilevel Dialogue between different levels of governments. A part of the Climate Footprint Project, the online event was the last of a series of meetings that sought to address the intersection between different levels of government in the climate agenda. The Brazilian Association of State Environmental Entities (ABEMA) and the Institute of Energy and Environment (IEMA) were also a part of the discussion and representative of civil organizations. The focus was on the role of subnational governments as a relevant support in the implementation of the Brazilian Nationally Determined Contributions (NDCs), voluntary national goals of the signatories of the Paris Agreement, which are of fundamental importance to boost the efforts of each nation in adopting practices for a low carbon economy. According to the Brazilian NDCs, the country is committed to reducing 37% of greenhouse gas (GHG) emissions by the year 2025, and 43% by 2030 (indicative), with 2005 as a base year.

“Climate governance is complex. It does not respect borders and demands the understanding and commitment of different levels of government. Good governance is built from a multilevel perspective. Without states and municipalities, countries will not reach their Paris Agreement goals” points out Rodrigo Perpétuo, executive secretary of ICLEI South America.

The Third Multilevel Dialogue was aimed at highlighting the experience of the state of Pernambuco in the elaboration of the GHG inventory. The Ministry of Science, Technology and Innovations (MCTI) debated the content of the national strategy for the disaggregation of data from the national inventory of GHG. Additionally they listed recommendations for the implementation of an integrated national MRV System based on the active participation of the guests.

“The program was designed to promote the exchange of experience. Based on the contribution of the participants, recommendations were co-created for the implementation of an integrated national MRV system, with regionalized data focused on mitigating GHG emissions” explains Camila Chabar, ICLEI South America’s climate change coordinator.

In line with international recommendations, it has become increasingly important to monitor the efforts of all governmental spheres in the country through an integrated MRV system. This structure contributes directly to the effectiveness of monitoring the NDCs and its local developments under the Paris Agreement. In particular, it represents an opportunity to review goals and routes more frequently in order to make them more ambitious as recommended by the treaty.

“From a scientific point of view, climate change represents one of the greatest challenges that humanity has ever faced. We hope that other dialogues like this will come to advance on this issue” declared Márcio Rojas, MCTI’s general climate coordinator at the opening of the event.

“The success of the actions is related to the involvement of key actors in their design. We need instruments that account for emissions, indicating the necessary actions” said José Bertotti, Secretary of Environment and Sustainability of the State of Pernambuco.

The Climate Footprint Project is led by The Climate Group, as the Under2 Coalition Secretariat in coordination with the following consortium partners: Ricardo Energy and Environment, ICLEI – Local Governments for Sustainability, Greenhouse Gas Management Institute and Carbon Disclosure Project (CDP). The Climate Footprint Project supports state and regional governments to improve their efforts to monitor and reduce GHG emissions. State GHG inventories provide the level of detail necessary to enable policy makers to understand municipal sources and emission trends to improve the design of their emission reduction strategies. The project offers direct support and training to the states of Pernambuco (Brazil), Chhattisgarh and Telangana (India), Baja California, Jalisco and Yucatán (Mexico) and KwaZulu-Natal (South Africa).

The first edition of the Multilevel Dialogues took place in August 2019, at the Latin American and Caribbean Week of Climate Change (LACCW), in Salvador, Bahia, with the support of the Urban-LEDS II project. The objectives of the event were to promote the meeting of key actors in the theme of GHG inventories and the elaboration of a preliminary survey, mapping difficulties related to the creation of an integrated MRV system for GHG emissions in Brazil.

The second edition of the Multilevel Dialogues was held in November 2019, during the Brazilian Conference on Climate Change, in the city of Recife, Pernambuco, and focused on the context of the State of Pernambuco and the city of Recife. A joint map of the institutions that are contacted by the state to provide information regarding GHG emissions was made. As a result of the meeting, it was possible to create a map of the flow of communication between these two levels of government, the difficulties encountered and recommendations for improving integration in the process.