Third Multilevel Dialogue on the climate agenda brings together national and local governments, and civil organizations 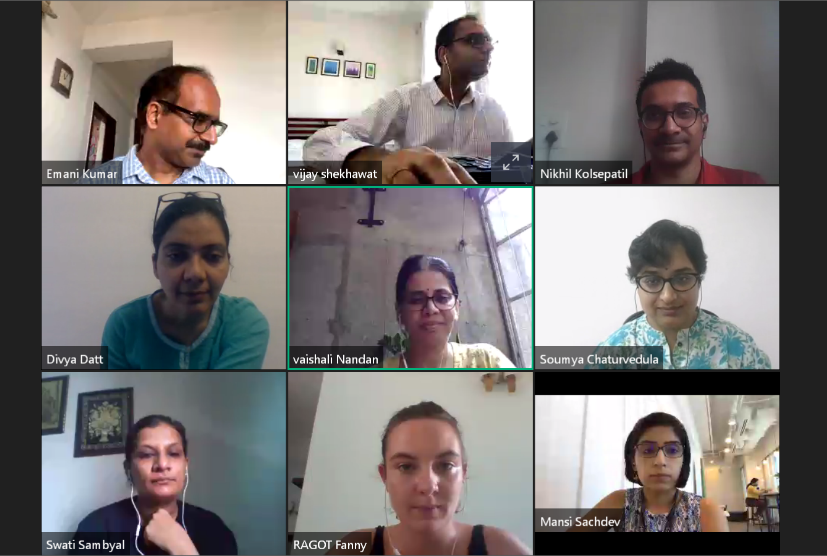 The second National Project Advisory Group (NPAG) virtual meeting, on the 18th of September 2020, was attended by key stakeholders from different institutions working towards low-emission development and climate resilience.

The meeting aimed to present the findings of a vertical integration study of climate action India, provide updates on Urban-LEDS II project progress and upcoming activities in India, and identify potential synergies with ongoing and proposed initiatives by member institutions.

The NPAG has been established to guide and support the effective implementation of Urban-LEDS II, by bringing together relevant stakeholders as an expert group that can provide practical and strategic advice to the Country Project team.

The session was moderated by Mr Emani Kumar, Deputy Secretary General, ICLEI, and Executive Director, ICLEI South Asia.  He welcomed the participants and provided an overview of the Urban-LEDS II project’s work and objectives. Ms Maryke van Staden, Director, Business Development, and Director, carbonn Climate Center, ICLEI World Secretariat, highlighted the global perspective of the project, emphasising that its primary objective was to address climate change in cities/towns of emerging economies and least developed countries via integrated climate action, and by building climate resilience with a focus on local governments.

This was followed by a detailed presentation by the ICLEI South Asia team on project updates from India and Bangladesh. Finding of a study on the opportunities for enhanced multi-level governance in low-emission urban development strategies in India, supported through the Urban-LEDS II project, were also presented to the NPAG. Ms Parul Agarwala, Country Programme Manager, UN-Habitat, explained that the study examined vertical integration in climate action in India, looking at the ways in which roles and responsibilities were configured within authorities at different levels, and how informal and formal interactions take place between these roles. The report has various recommendations targeted at different actors, including central and local governments, primarily indicating the need for a decentralised approach for successful low-emission development in urban areas.

The members of the NPAG gave their recommendations and suggestions for possible synergies with ongoing and proposed initiatives by member institutions and the priorities and strategies of the national government. Ms Vaishali Nandan, Director, Climate Smart Cities, GIZ India, indicated that the Urban-LEDS II project activities have a lot of synergies with the ClimateSMART Cities Assessment Framework launched by the Ministry of Housing and Urban Affairs, Government of India.

Mr Shouvik Datta, Senior Programme Manager, Delegation of the European Union (EU) to India, highlighted various initiatives undertaken by the EU, such as the adoption of the European Green Deal in December 2019, which would ensure the EU’s leadership in international action on climate change and the environment.

Ms Soumya Chaturvedula, Deputy Director, ICLEI South Asia, explained that going forward, the Urban-LEDS II project will develop knowledge products and ensure dissemination of project outcomes and outputs in order to support other cities in devising action plans and implementing on-ground projects. These would also feed in the national urban policy discourse through inputs to the NIUA. She also indicated that there was significant scope of cross-learnings between India and Bangladesh, which the project seeks to facilitate.