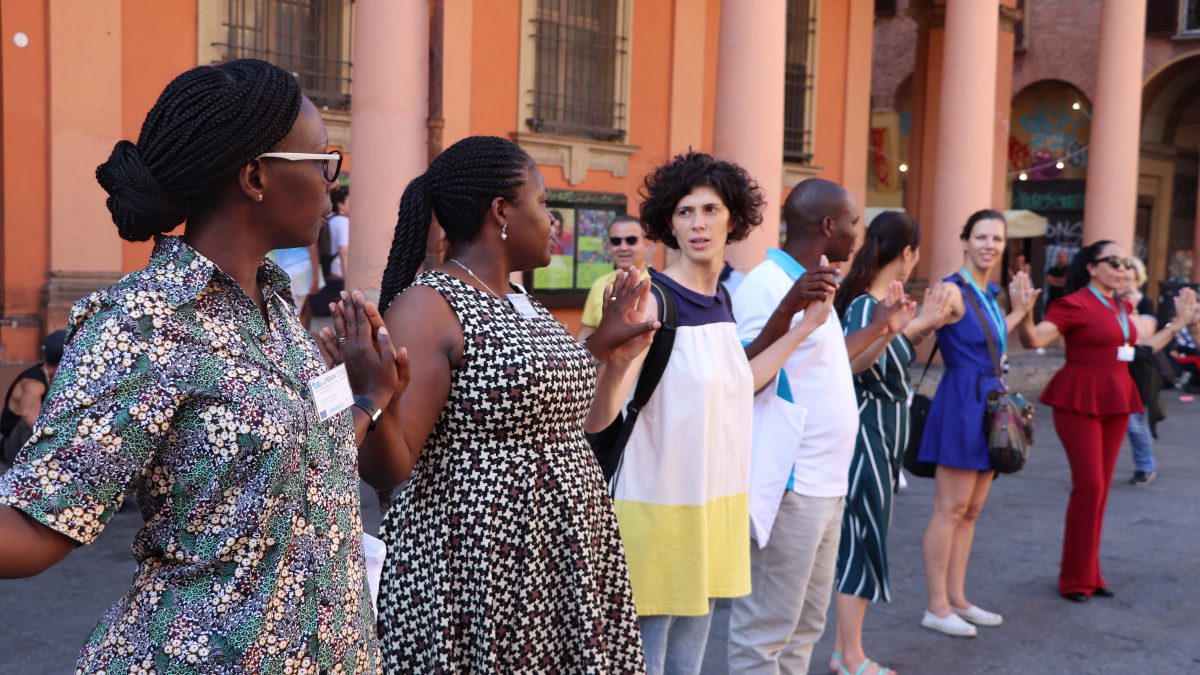 Three African Urban-LEDS cities, along with 21 other Urban-LEDS ll project cities, learnt and shared with each other at the south-north learning exchange in June 2019. Over eight days of site visits, the host cities of Bologna, Helsinki and Warsaw showcased projects and strategies on low emissions development.

The City of Kigali (Rwanda), the District of Muhanga (Rwanda) and KwaDukuza (South Africa) identified particular areas of interest for the learning exchange including urban mobility, wastewater management, public spaces and energy efficiency in buildings.

KwaDukuza Local Municipality, an Urban-LEDS I project city, had already developed a municipal low emissions development strategy (LEDS), as well as a strategy on green buildings. KwaDukuza’s input was therefore centred on the reduction of GHG emissions with a focus on energy efficiency in buildings. Both the City of Kigali and District of Muhanga who joined Urban-LEDS II, were also keen to share their interventions on mobility, such as the car-free zone in Kigali which seeks to increase pedestrian movement in the city. Three key takeaways from the learning exchange include:

The key reflections from the learning exchange include how the African cities could accelerate climate action by partnering with and incentivising action by the private sector with the goal of enabling low emissions development.  The examples the Rwandan and South African delegates were exposed to in Helsinki showcased how the private sector can invest in innovative solutions that contribute to the achievement of the city’s climate action plans. Carbon Neutral Helsinki 2035 contains 143 actions, the involvement and commitment of the private sector through The Climate partners, a network for private sector that wants to contribute to Helsinki carbon-neutral accelerate the city’s ambitious climate goals.  The city of Bologna further showcased how it created an enabling policy environment for various stakeholders including the private sector in order to integrate energy-efficient retrofit on historical buildings to reduce emissions. Public-Private Partnerships are a model that can be tested and adapted by African cities to overcome financial resource constraints faced by many African cities and which hinder state-led interventions for climate action.

The participation of citizens in the priorities of the cities for climate action planning is important. The African Urban-LEDS cities reflected on how various methods could be used to encourage local community engagement in climate action. Key takeaways included: 1) Employing citizen engagement experimentation tools was a strategy used in the city of Bologna to encourage urban actors and inhabitants in the co-design of the city 2) Creation of co-working spaces for citizens such as the Kilowatt Co-working Space in Bologna as means of urban regeneration, creating business and social innovation projects in the city 3) Exhibitions in public libraries such as the one that was at The Oodi City Library to  showcase the City of Helsinki’s current projects and information on how citizens can influence the city’s development.

The inclusion of citizens through participatory approaches to climate action plans can also help to create citizen buy-in and strengthen cities’ abilities to accelerate climate action. With the understanding of citizens being the centre of cities, smart technology and data help strengthen this relationship by enabling the delivery of efficient urban services and infrastructure such as wastewater treatment plants and public transport.

The City of Kigali is among the fastest-growing cities in Africa with an average population annual growth rate of 4.0%[1].  Alice Umuhorakeye from the City of Kigali reflected on how urban planning could be the backbone of integrated climate mitigation and adaptation solutions in this context by saying, “The challenge is that there is lack of harmony between development in our cities and their impacts on the environment”. The city of Warsaw showcased the role of public open spaces in building social cohesion with interlinkages to climate change adaptation. In fact, District planning was amongst the key areas of intervention showcased in respect of how cities can use integrated planning to reduce emissions and respond to urban growth.  Vedaste Mpagaritsuenimana from Muhanga District reflected that “Our crops get destroyed by flooding but with smart agriculture we can improve sustainable farming”. The visit to Fico Fabbrica Italiana Contadina Urban Agri-Parks showcased how local biodiversity and sustainable agriculture can be integrated into cities whilst leveraging carbon neutrality actions.

This study tour has enabled the cities to build relationships with their peers through knowledge exchange in developing strategies for low emissions development and sharing the successes from Urban-LEDS I. It further led to the establishment of informal and formal networks where the city officials can brainstorm ideas for accelerating climate action. The important outcome from this learning exchange for the Urban-LEDS African cities is the emphasis that climate action in cities requires an integrated approach through strengthening cross-sectoral collaboration.