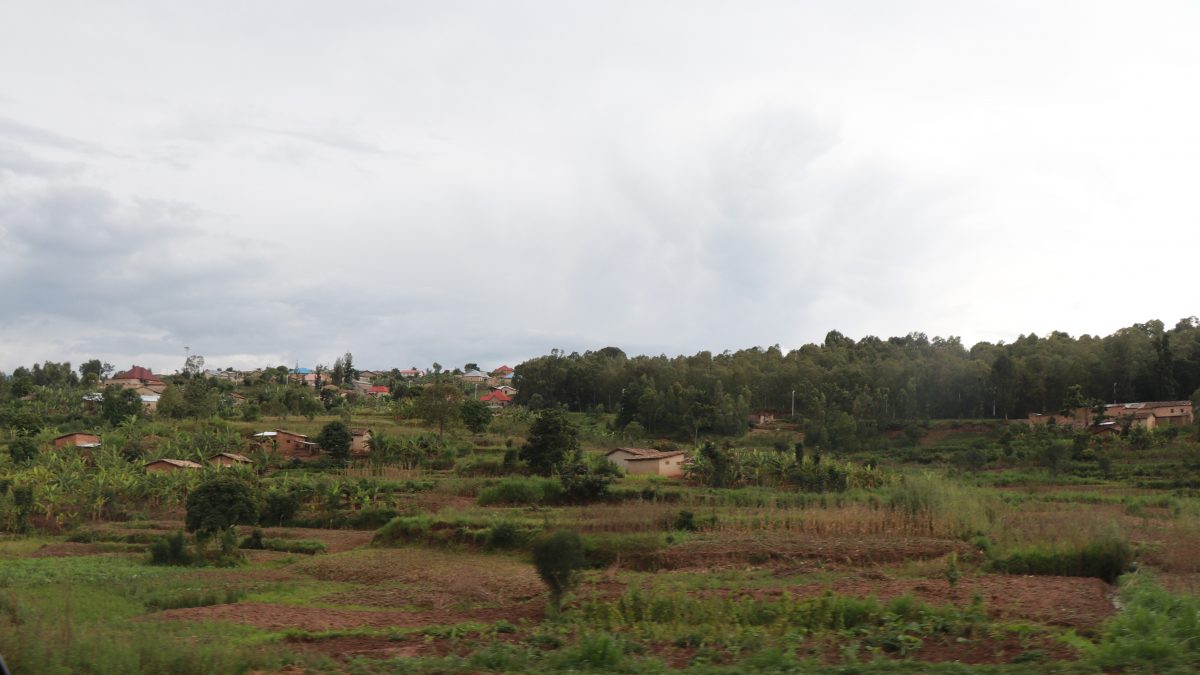 Within the Rwandan National Biodiversity Strategy and Action Plan (NBSAP), the long-term vision for economic and social prosperity is expressed clearly as having to be realised in part through the restoration and conservation of biodiversity. With breakthroughs in measuring the benefits of biodiversity protection for carbon sequestration, justification can be built for protecting the natural asset base through strong climate change mitigation and biodiversity planning.

Globally, the way in which humans use land accounts for approximately 23% of anthropogenic greenhouse gas emissions (IPCC, 2019). Land use and land-use change as a source of emissions is unique in that it can produce, as well as offset, large quantities of greenhouse gases through carbon sequestration. Offsetting emissions requires the adoption of best practices, among which are curbing deforestation and forest degradation. The Development Strategies for the City of Kigali and the respective Districts of Rubavu and Muhanga acknowledge the vital contribution of their forested lands, in their role in tourism, agro-forestry economic development, and climate resilience. However, these strategies also warn against the inter-connected trends of population, urbanisation and uncontrolled expansion as a threat to endemic and biodiverse vegetation cover, including forests and grasslands.

Coupled with the risks to forestry and agriculture from urbanisation are the challenges of technical analysis and data quality for these complex sectors. This gap has been partially addressed through the Urban LEDS II Project’s development of the first greenhouse gas inventories at the local level in Rwanda. ICLEI Africa, working with The Green House, applied an innovative approach in a relatively data-scarce environment to evaluate the role of land and land use change in the districts’ greenhouse gas emissions profile. Geographic information system (GIS) analysis allowed for temporal comparisons of open-source LCLU (land-use/cover) data published by the Regional Centre for Mapping of Resources for Development (RCMRD). Images generated by the Sentinel-2A satellite for all three districts in 2010, 2015, and 2016 meant that a clearer understanding of the true nature of landscape change became possible. Having this understanding unlocks the path for strategic climate change mitigation planning which incorporates land use and reflects the actions articulated in the NBSAP.

For example, through applying the recommended calculations and methodology from the Intergovernmental Panel on Climate Change (IPCC), the outputs of the Urban-LEDS ll GHG inventories showed the implications of land conversion for emissions. For the capital city, Kigali, the biomass loss (often linked directly to the harvesting for wood products, firewood and charcoal) resulted in a release of 705 000 tonnes of CO2 over the course of a single year proving to exceed emissions from any other sector (waste, transport and energy emissions were also measured). Outside of Kigali, the District of Muhanga demonstrated even greater emissions released from land-use changes (1,3 million tonnes of carbon dioxide per year). Perhaps most interestingly, however, was the sequestration effect shown in the District of Rubavu, an area rich in forests and endemic biodiversity, along Lake Kivu on Rwanda’s eastern border with the Democratic Republic of Congo. Because of the considerable conversions of land to grassland and to forests, 212 000 tonnes of carbon dioxide were absorbed in Rubavu, thereby offsetting more than the concurrent release of carbon dioxide from deforestation, biomass loss and fire disturbances, plus traditionally large emitters – the stationary energy and transport sectors.

These findings are notable for a number of reasons. Firstly, for subnational areas (provinces, districts, cities, towns) to be compliant with the most common framework under the internationally recognised Global Protocol for Community-Scale Greenhouse Gas Emission Inventories, they are not required to report their land use impact on emissions. There is therefore less motivation for measuring land changes, and yet, as exemplified by the cases in the Rwanda, land use may be the dominant source or sink of emissions in certain areas. Findings like those described here strengthen the case for reporting frameworks which are more salient to the reality of African contexts, which often include less distinct urban-rural boundaries and land uses. Secondly, while the Rwandan emissions profile is relatively low, the mutually reinforcing trends in deforestation and combustion of firewood or charcoal for energy are likely to be accelerated with continued urbanisation and population growth if there is no intervention. While averting this will certainly mitigate the release of emissions from these activities, it will also avoid threats to respiratory health associated with traditional fuel burning, and protect the vital ecosystem services which forestry and grassland offers. Finally, the analysis proves that this is a sector where using open-source data and a blend of mapping and climate science expertise can offer powerful insights, particularly in African cities where land use plays such a vital and rapidly changing role.

By building on and refining similar measurement techniques, then, more data can be harnessed to assess progress towards the goals envisioned in Rwanda’s recently updated Nationally Determined Contribution (NDCs) and the National Biodiversity Strategy and Action Plan (NBSAP). The empirical base can be used to realise these commitments’ attributes of responsiveness, flexibility and practicality, and may indeed guide future decision-making around how the country’s natural asset base and future land use practices will shape local environmental, social and economic outcomes in the coming decades.