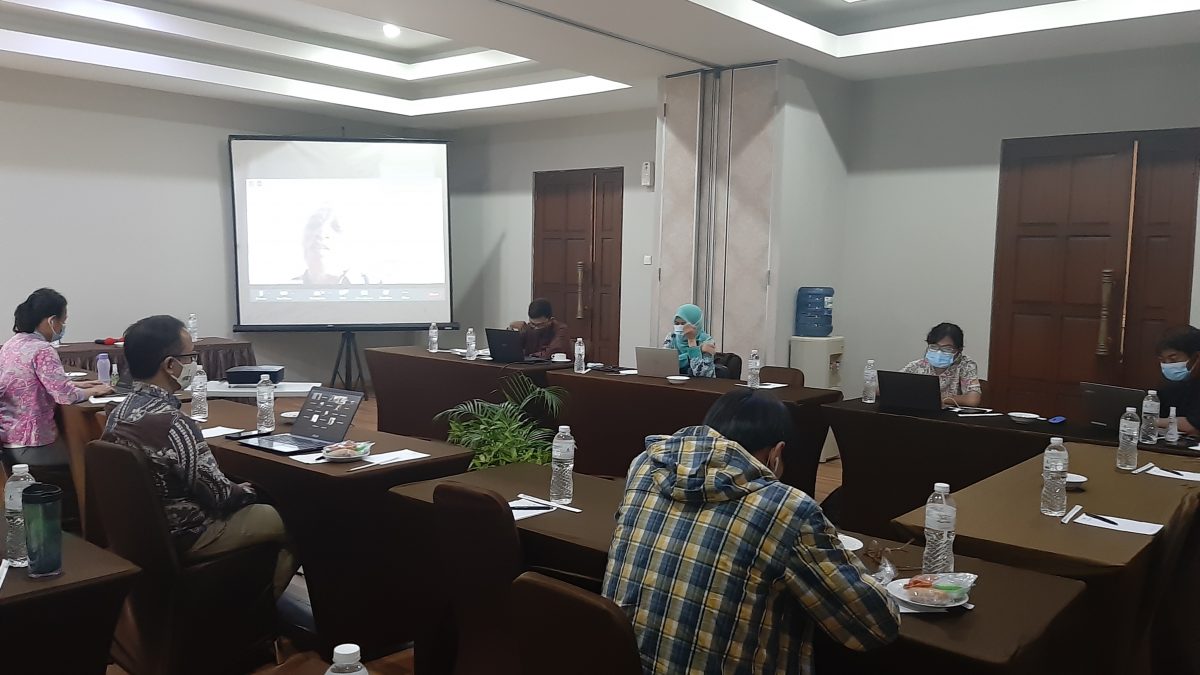 Through a virtual National Advisory Group (NAG) consultative meeting organized by ICLEI Indonesia, several multidisciplinary experts, representatives of ministries/agencies of Indonesia, and cities part of Urban-LEDS II discussed the adaptation co-benefits approach for Indonesia’s urban transformation, for the cities of Balikpapan and Bogor.

Adaptation co-benefits for sustainable development in Balikpapan and Bogor

As part of its Urban-LEDS II Action Plan, Balikpapan City has reported its mitigation measures such as deploying urban farming, greening of its local industries, and achieving zero waste reaching its landfill. However, limited human resources and lack of strong institutional arrangements in dealing with climate change are several issues that prevent implementation.

On the other hand,  Bogor City aims to focus on communal wastewater facilities, disaster mitigation-based spatial planning, transit-oriented development, and mass public transportations in the formulation of its Urban-LEDS II Action Plan. Similar to Balikpapan City, the city also highlighted several issues such as the lack of funding and specific guidelines  for green building as a roadblock in implementing these actions.

Mrs. Sri Nurnaeni, Subdivision Head of Directorate of the National Spatial Planning of the  Ministry of Spatial Planning, presented the role of spatial planning in the climate change agenda by referring to the Government Regulation No. 13/2017 on National Spatial Planning. Spatial planning plays a role in ensuring that the wheels of development continue to encourage low-carbon economic growth through their planned structure and spatial pattern, increasing development resilience despite shocks or stressors due to the impacts of climate change. She stated that “the objective of spatial planning is to create a safe, comfortable, productive, and sustainable area; safe from disasters including the climate change-induced ones”.

Complementing the benefits of spatial planning, effective tracking and monitoring of proposed adaptation actions shall also be considered in the Urban-LEDS action plans. According to the Ministry of National Development Planning/BAPPENAS, adaptation efforts can cut potential economic losses from IDR 115 trillion to IDR 57 trillion with the most appropriate adaptation with intervention by 2024.

“Although it is not an easy task to measure adaptation, taking advantage of economic valuation (potential economic losses) can be used as a measuring tool in four priority sectors, namely marine and coastal, water, agriculture and health,” commented Mrs. Sudhiani Pratiwi, Head of the Subdivision of the Directorate for Environmental Quality and Climate Change, BAPPENAS. Mr. Joko Tri Haryanto, Associate Researcher from the Ministry of Finance, reiterated  the importance of valuing or quantifying natural resources in strengthening  programs and policies that aim to protect them.

Through the NAG meeting,  recommendations for both local and national governments were made. Locally, the role and political will of the Mayors are needed since they have the mandate to seek the participation of private sectors in developing sustainable cities together. In addition, the structure of the climate task force of both the cities need to be reformed not only by the local government organizations but also representatives from local communities, local universities, NGOs, private sectors, and national experts.

Nationally, the national government needs to accommodate adaptation and co-benefits contributions as well within the framework through AKSARA. Database strengthening and capacity building of regional apparatus are also critical to support the preparation of city spatial planning and its details in accelerating the cities’ low-carbon development and climate resilience.