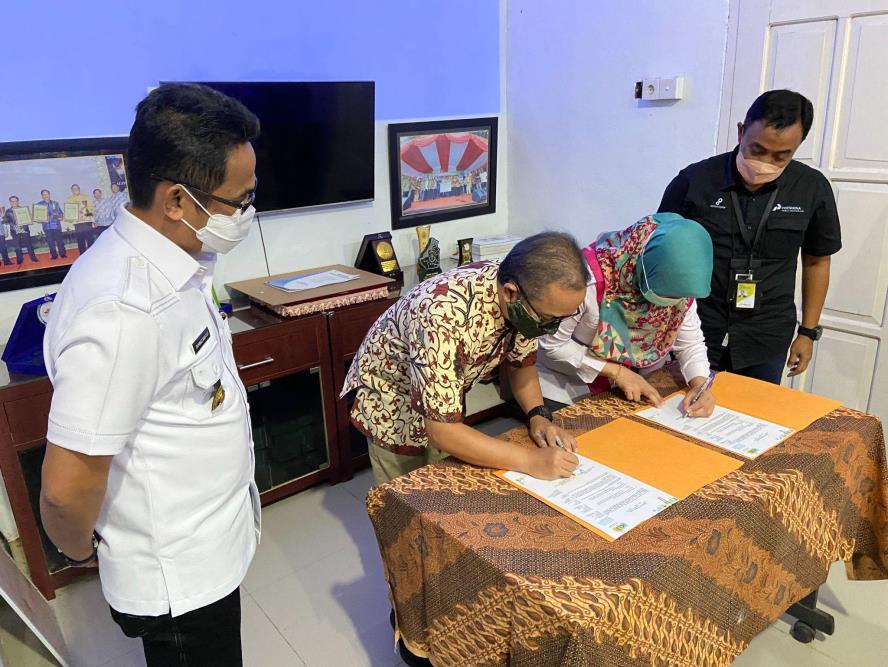 A realization of the city’s vision to be a leading, comfortable, and sustainable city—Balikpapan is one of the two Urban-LEDS phase II model cities in Indonesia. This mid-metropolitan city in the Eastern Kalimantan Province plays a significant role as a “hub-city” and acts as an economic centre for the province

The city committed to reducing GHG emissions from its waste and energy sectors,  which account for 0.77% and 0.33% respectively of the total GHG emissions reduction target, by 2020 against the Business-as-Usual (BAU) Scenario. As one of its Ecological City Concepts, the “Zero Waste to Landfill” idea conveys the city’s serious commitment to reducing its waste disposal to landfills, as well as its associated GHG emissions avoidance by employing the Reuse, Reduce, and Recycle (3Rs) approach.

As an ongoing city effort towards an urban low emission pathway, Balikpapan successfully presented their proposal titled “Optimization of the Methane Gas Utilization at Manggar Sanitary Landfill” to the ICLEI- Local Governments for Sustainability Southeast Asia Secretariat, winning a pilot project grant of up to EUR 10,000 in 2020.

The pilot project aimed to reduce methane gas flaring at Manggar Sanitary Landfill and improve resource circulation by providing the 50-household beneficiaries near the landfill with biogas they can use for cooking. The city consulted with PT Pertamina Hulu Mahakam (a state-owned oil company) for the design, development, and safety measures of the biogas solution. Meanwhile, the construction, testing, and commissioning were carried out by a contracted service provider.

The Manggar Landfill, covering an area of 9.1 hectares landfill cell unit (1°12’47.1″S and 116°56’18.7”E), adopts the concept of a sanitary landfill, where wastes are anaerobically decomposed by burying and isolating them from the environment. The emitted gas from the decomposition process is then captured by pipes and converted into energy. Additionally, the sanitary landfill has a leachate processing unit capacity of 1.5 liters per second to turn leachate into energy. Biological and chemical treatment processes are used for the treatment, including an Upflow Anaerobic Sludge Blanket (UASB) technology. With these technology interventions, methane gas production is then captured and utilized as an alternative source of energy for street lights, sauna, and cooking purposes. By using the U.S Environmental Protection Agency (EPA) module, the methane gas production at Manggar Landfill is estimated to be 9,218,449.07 m3 in 2020 (Kusuma, V.A., et al., 2020, JEECAE).

Scaling up for Cleaner Household Cooking

A landfill gas recovery system is set up to ensure that the methane gas is captured and stored as reserve energy. Accordingly, Balikpapan City utilizes the recovered methane gas to power the communities near landfills.

Supported by the Urban-LEDS II project, the city was able to optimize the distribution of the captured methane gas to 50 houses for cooking purposes as an alternative to liquefied petroleum gas (LPG). Approximately 1,200 meters of distribution pipes were built to carry the gas from the landfill to the households. Households were then tasked to connect their houses to the new distribution pipe. According to Mr. Tonny Hartono of the Environmental Agency of Balikpapan City, “This initiative strengthens the ownership of the community; thus, resulting in commitments to ensure the sustainability of this project”.

The pilot project began its implementation during the last quarter of 2020 and was officially handed over to the Environment Agency of Balikpapan City in September 2021. In accordance with Module 4 of The Landfill Gas (LFG) Recovery Methodology, the GHG emissions reduction from the project is estimated to be 163.41 tCO2e per year. The module is derived from the Clean Development Mechanism (CDM) AMS-III.G: Landfill Methane Recovery. The methodology team panel of the Directorate General of Climate Change under the Ministry of Environment and Forestry simplified the CDM AMS-III.G to accommodate the unavailability of equipment measurement.

Sustainability of the Demonstration Project

The shift from LPG to biogas consumption contributes to environmental protection as well as introduces potential partnerships between the city and community, ensuring consistent delivery and an adequate supply of organic waste as input to the facility. Finally, there are opportunities for community-based livelihood programs that will help each of the beneficiary households save up to IDR 60,000 monthly. Furthermore, to ensure the pilot project sustainability, the Balikpapan Environment Agency together with the community would regularly maintain the facility, enabling it to operate properly and be beneficial for as long as possible.

a) Methane gas is captured by pipes; b) The main pipes (locally known as pipa induk) distribute the captured methane gas from the landfill to the community; c) Methane gas container tubes (10 tubes in total; 1 tube = 5 households), located near the beneficiary community houses, help avoid fuel shortage when gas is being used simultaneously; d) One of the distribution pipes of this pilot project distributes landfill gas from the main pipe to the beneficiary communities and their house connection.

Flaring in the area (image e) and a beneficiary household cooking a local cuisine called Kerupuk with landfill gas (right). The household owns a store and stated that this project benefits her a lot because she does not need to spend money for LPG anymore.