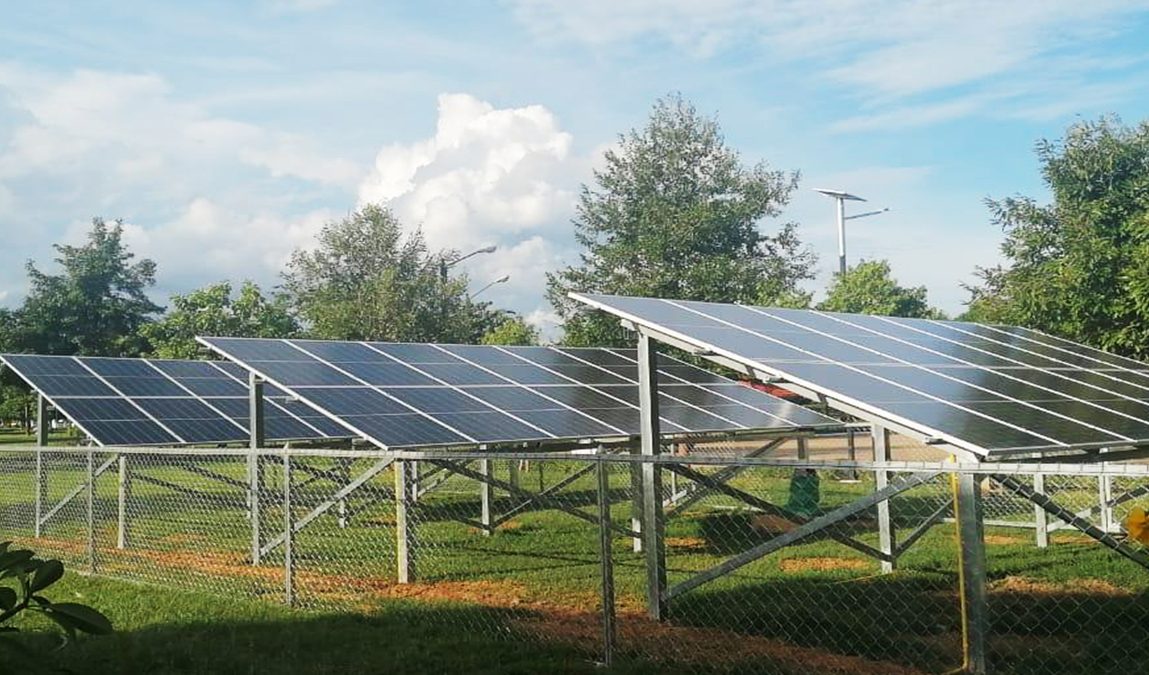 Taking into consideration the results of the project activities, small-scale infrastructure pilot demonstration projects were implemented in the two Urban LEDS model cities. These pilot projects aim to help reduce GHG emissions in the energy sector at the community level. More importantly, they seek to empower the community beneficiaries towards energy and resource efficiency, helping them contribute to the city’s low-carbon development transition.

Led by the ICLEI Laos project team and with the support of the City Offices of Kaysone Phomvihane and Pakse, the pilot projects began construction in July 2021. A local contractor specializing in decentralized renewable energy and clean water solutions was tapped to help implement the infrastructures. Meanwhile, the system components were procured and shipped to Laos, supported with preparatory technical site assessments of civil and electrical works for their installation.

Kaysone Phomvihane City is the capital and largest city of Savannakhet province, sitting on the Mekong River and bordering Thailand. The city has a land area of 779.03 km2 and serves as a major agro-industrial processing center.

A 15 kWp grid-connected solar photovoltaic system with a net-metering capability was installed in order to power the existing water pumping systems in Nouhak Phoumsavanh Public Park of Thamuang Village. Additionally, two sets of solar LED street light kits with lithium batteries (10m high) along with three sets of solar LED street lights on the existing poles (6m high) have been installed to better illuminate the area. The project is estimated to produce approximately 33,480 kWh per year, equivalent to a reduction of carbon emission of about 13.99 tCO2e per year.

Pakse City is the capital of Champasak province in Southern Laos. It is the third most populous city in the country, serving as a major transport and commercial hub for Southern Laos.

A total of 28 new sets of solar LED street lights were installed in Sanam Deng Park in Phonkung Village, estimated to produce approximately 30,240 kWh per year, equivalent to a reduction of carbon emission of about 12.64 tCO2e per year.

The successful implementation of these pilot projects showcase green building solutions through solar photovoltaic systems and energy-efficient lighting technology. On top of contributing to GHG emissions reduction, these pilot projects demonstrate the benefits of adopting renewable energy sources and raise public awareness in building a low-carbon city. These pilot interventions are the first solar pilot projects in the communities, advocating the city’s “green concept” agenda as part of the city’s master plan and ongoing effort to integrate Renewable Energy into the National Development Plan.