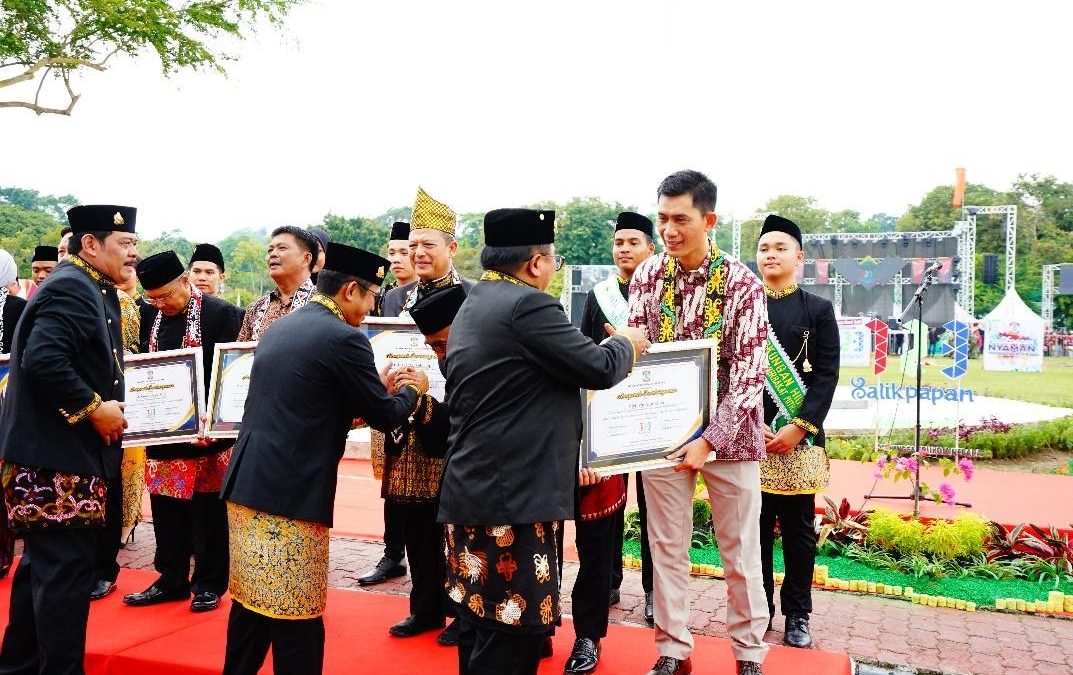 “We present this award to ICLEI SEAS for contributing to Balikpapan City Development particularly on the fields of resilience and low emission development. ICLEI SEAS has been assisting Balikpapan City in formulating and integrating resilient city strategies to climate change impacts and low emission development strategies into our climate action planning through the Urban-LEDS II project phase I and II since 2014 until now,”shared Balikpapan Mayor Effendi.

ICLEI SEAS Regional Director Victorino Aquitania responded to the award saying, “It is our great pleasure to work with a frontline city such as Balikpapan in their pursuit towards sustainability. We commend the great strides that the city is taking in addressing climate change as evidenced by their several climate policies and initiatives as well as their commitment towards reducing their greenhouse gas emissions.”

“Balikpapan is Comfortable. Satellite City of Indonesia’s New Capital City” was the theme of Balikpapan Anniversary this year. The event highlighted the significance and contribution of ethnic diversity. It also underscored the importance of maintaining cultural customs and aiming for harmony so as to create a comfortable feeling both for the people of Balikpapan City and for foreigners who visit the city.

The celebration ceremony was led by Isran Noor, Governor of East Kalimantan Province. “As the gateway to East Kalimantan, Balikpapan City must continue to innovate and have breakthroughs to support the realization of Indonesia’s New Capital City. Especially a city that is comfortable to live in,” said the Governor. He also added that in line with the breath of autonomy, it will open up wide space for Balikpapan City Government to innovate, be creative and make creative breakthroughs for the advancement of local development.

Balikpapan’s anniversary ceremony was enlivened by cultural parades, Nusantara dances, skydiving attractions and the submission of corporate social responsibility assistance from the Bank of North East Kalimantan in the form of city tour buses