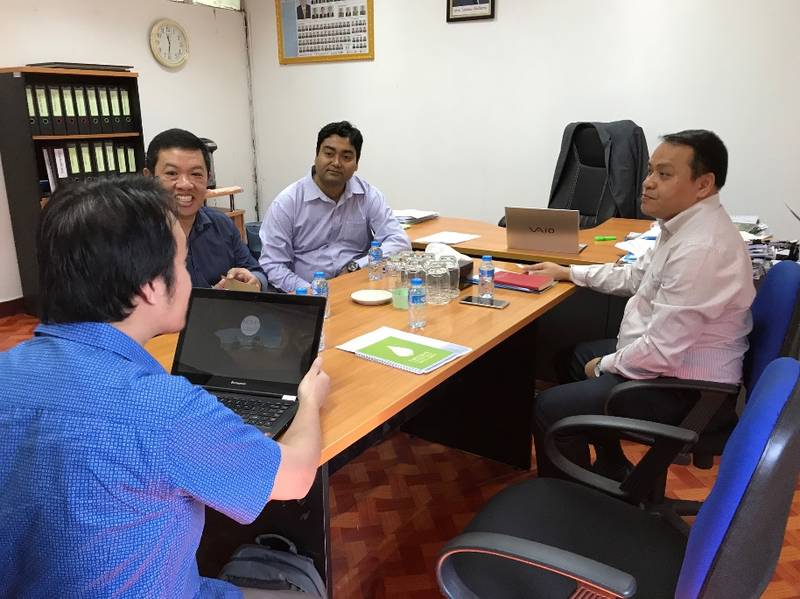 Mr. Syamphone Sengchandala, Deputy Director General of the Department of Climate Change, MONRE – Lao PDR expressed support to the Urban-LEDS II project noting the need to synergize efforts with existing initiatives of the national government. It was agreed that an inception meeting will be organized with relevant departments within MONRE as well as representatives from the project cities in the second quarter of 2018. The activity is envisaged to contribute to the Talanoa Dialogues, an important outcome of the recently concluded 23rd Conference of the Parties (COP23).

Under Urban-LEDS II, two model cities will receive support and guidance in developing and approving Urban LEDS, resulting in measurable GHG emission reductions and adaptation co-benefits. At least four to six satellite cities will benefit from capacity development opportunities and peer exchange with the model cities. The two proposed model cities in Lao PDR, Savannakhet and Pakse, were visited during the scoping mission.

Savannakhet is the second largest city in Lao PDR (next to Vientiane) and is being promoted as an industrial zone resulting to rapid urbanization. It is part of the East-West Economic Corridor, an economic development program aimed at promoting development and integration of five Southeast Asian (SEA) countries including Myanmar, Thailand, Lao PDR, Cambodia and Vietnam. City officials raised the growing concern on traffic as well as solid waste and wastewater management in the city. On the other hand, Pakse, is the center point of southern Lao PDR. It is considered as an emerging tourist destination and is a gateway to other SEA countries including Cambodia, Thailand, and Vietnam. Consistent with its vision of being a green city, the integration of parks and city gardens is an area that Pakse is interested to learn more.