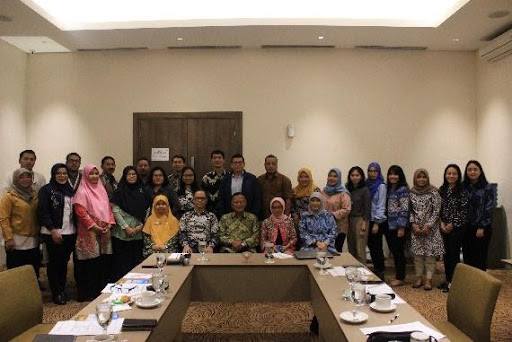 A National Advisory Group has been formed in Indonesia to support the implementation of three projects in the country namely Ambitious City Promises, Urban-LEDS II, and 100% Renewable Energy. These projects support Indonesia’s goal to curb 29% of their greenhouse gas emissions by 2030.

Jakarta, Indonesia- ICLEI-Local Governments for Sustainability Indonesia convened the National Advisory Group (NAG) for three of its projects, Ambitious City Promises, Urban-LEDS II, and 100% RE on 20 February 2020 at the AOne Hotel, Jakarta to solicit the NAG members’ input and insights towards the achievement of Indonesia’s Nationally Determined Contribution (NDC).

Indonesia attempts to reduce its greenhouse gas (GHG) emissions by 29% by 2030. Through the NAG, Yayasan ICLEI Indonesia receives high-level support for the implementation of its flagship projects that address low emission development.

The NAG meeting opened with a short introduction of Yayasan ICLEI Indonesia’s flagship projects to address low emission development. These include the Ambitious City Promises (ACP) which aims to support DKI Jakarta, Tangerang City, and Bekasi City as they draft inclusive and participatory climate action plans and the 100% Renewable Energy Cities and Regions Roadmap which aims to support Mataram City and Sumbawa Regency as they explore potentials to transition to renewable energy sources.

Urban-LEDS II is another project working with Bogor and Balikpapan as pilot cities and satellite cities including Bontang, Tarakan, Tangerang Selatan and the Bogor Regency. This initiative aims to improve vertical integration on climate action to actively contribute to Indonesia’s NDC, contribute to 12 MtCO2e of reduction targeted across project cities, and elaborate on eight low emission strategies at the local level.

Commencing the discussion about vertical integration, ICLEI Project Officer Rika Lumban Gaol shared infographics that aimed to discuss the following: climate change policies at the global and national level, nine strategies of NDC implementation as recommended by MoEF, the monitoring, reporting, and verification (MRV) system as designed by MoEF, the National Registration System that allows stakeholders to report climate change mitigation and adaptation actions and the action plan for reducing GHG emissions at national and subnational levels by 2019.

Further, Ms. Lumban Gaol, also discussed the highlights of the Multi Level Government Report prepared for Indonesia. Currently, ICLEI, together with DLH Balikpapan City is strengthening vertical integration regarding waste management in cities. Through this endeavour, gaps hindering successful vertical integration were found to be: limited technical assistance for cities and districts, the existence of unclear and binding mandates for cities and districts in reporting climate action, and language and technical challenges in accessing international funds.

During the discussions, Mrs. Nur Masripatin, Senior Advisor from MoEFlikewise stated, “The most important point in each program is sustainability. How do we ensure that the program is sustainable even if it has been finished? During this time, many good programs have forgotten this aspect. The transition process to the regions needs to be considered so that commitment is maintained.

On the other hand, reacting to the 100% RE project, Mr. Yuliadi, Head of Energy of the Energy and Mineral Resources Department of West Nusa Tenggara Provincial Government shared, “In 2019, the Provincial DPR has set Regional Energy General Plan (RUED-P) to achieve regional energy targets, especially in renewable energy. But there is a misalignment of national policies from the Ministry of Energy and Mineral Resources. Access to funding becomes problematic because the city and district governments do not have the authority to fund projects, especially in the energy sector.

“To this, ICLEI responded that Urban-LEDS II plans to roll out a capacity building exercise to support local governments in producing feasible and bankable project proposals.

To close the session, Country Manager of ICLEI Indonesia, Ari Mochamad stated that a city resilient to the effects of climate change requires a comprehensive policy that considers funding aspects and institutional aspects. During this time, many strategic and action programs are clear but are constrained in the aspect of funding, so that access to potential funding and schemes to support is needed. At present, collaboration is an important choice given the limited human resources and scope.