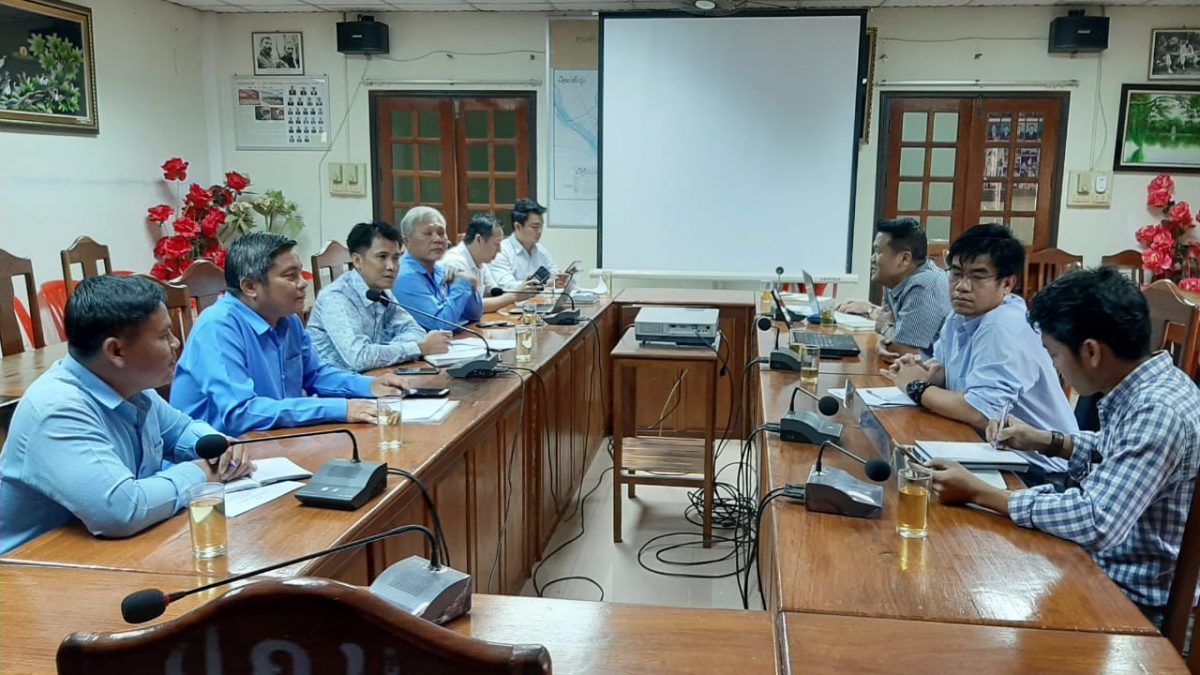 Under the Urban-LEDS II Project, ICLEI Lao PDR Project Office supports and guides the review of integrated climate action plans in model cities, Pakse and Kaysone Phomvihane. ICLEI intends to enrich both climate change mitigation as well as the adaptation and resilience component of the cities’ action plan by providing support in the conduct of GHG emissions inventory alongside the conduct of climate vulnerability and risk assessment.

Lao PDR–In line with the conduct of greenhouse gas emissions inventory (GHGi) and climate risk and vulnerability assessment (CRVA) in Urban-LEDS II project cities, Pakse and Kaysone Phomvihane, a series of focus group meetings for data collection was held from 20-24 January 2020. The meetings were attended by more than 50 participants, with representatives from relevant government ministries and agencies, the provinces of Savannakhet and Champasak, and participating cities. The activity aims to gather representatives from different sectors, particularly from energy, industries, agriculture and livestock, land-use change and forestry, to gather relevant data and to gain access to up-to-date information for the calculation of GHG emissions and climate risk vulnerability assessment.

During one of the focus group meetings, Mr. Sylamphone Keokhampho, Deputy Director, District Office of Natural Resources and Environment of Kaysone city, mentioned that Savannakhet province, particularly Kaysone Phomvihane has been heavily flooded after days of heavy rain during 24-25 August 2019 which resulted to thirteen (13) villages within the city to have been reported as the worst cases. The flooding caused landslides and road slips in several areas which caused damages to local government infrastructures costing almost 800,000 USD. He also highlighted that this project will benefit the local government in determining the vulnerable areas as well as developing the climate action plans and climate risk adaptation measures for future hazards.

Recognizing the increasing vulnerability of Lao cities to the impacts of climate change, the National Assembly has mandated MONRE to carryout climate risk assessment across the country, involving mainly 48 cities and 160 villages mostly located in the southern provinces of the country that have been gravely affected by typhoons and heavy flooding in the past years. To support this initiative, the Urban-LEDS II has agreed with MONRE to expand the conduct of a CRVA to two more satellite cities in the provinces of Savannakhet and Champasak.

A greenhouse gas inventory is an accounting of GHGs emitted to or removed from the atmosphere over a period of time. This is usually the first step taken by entities that want to reduce their GHG emissions.  Conducting the GHGi will help the local governments prioritize actions based on the sectors that contribute the highest emissions.

A CRVA study aims to identify the extent to which a human, social and/or ecological system has been or will likely be affected by climate variability and change, and to develop the strategies to address these impacts. Vulnerability assessment is an integral component of the climate adaptation planning process. This involves the analysis of three principal components: sensitivity, exposure, and adaptive capacity. By conducting the CRVA study, the project also intends to enrich the climate change adaptation and resilience component of the cities’ action plan by providing support in the conduct of science-based vulnerability and risk assessment. Ultimately, the goal is to help the selected model cities formulate and develop integrated climate action plans, with a climate resilience focus embedded and guiding integrated climate action towards low emission development.

The Urban-LEDS II project: Accelerating climate action through the promotion of Urban Low Emission Development Strategies, funded by the European Union, is jointly implemented by ICLEI-Local Governments for Sustainability and UN-Habitat.