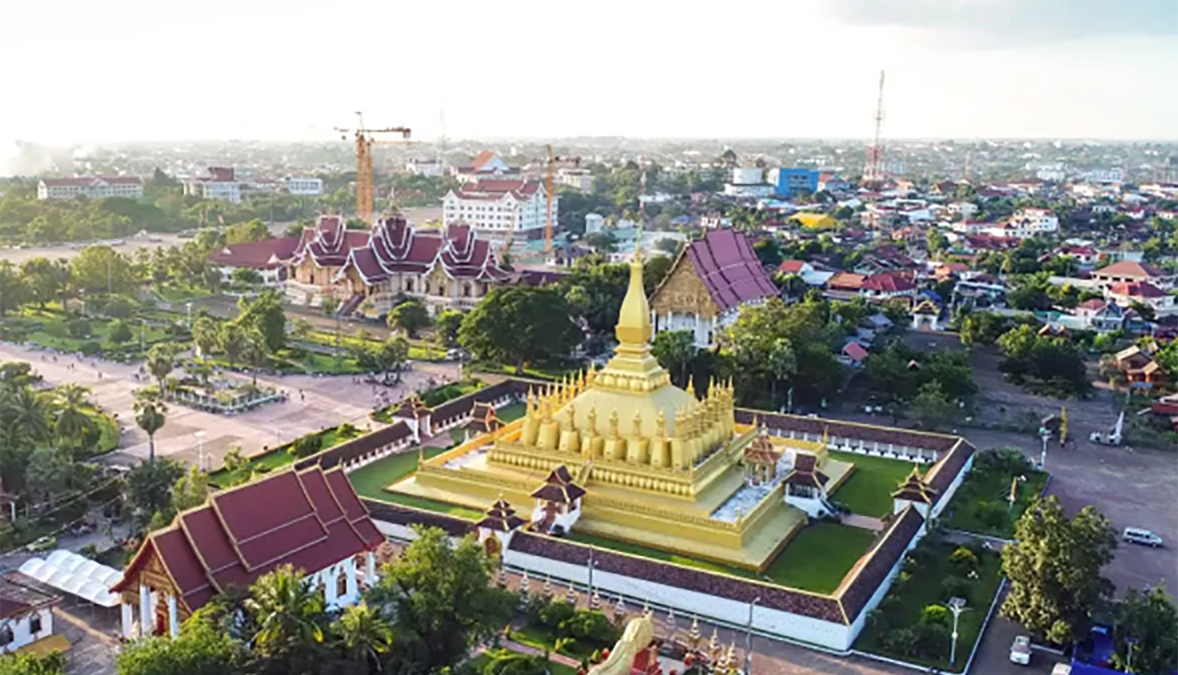 Vientiane is the capital and largest city of Laos. It is located along the banks of the Mekong River sharing a border with Thailand. With economic growth and rapid urbanization in recent times, Vientiane has become the economic center of Laos.

Following human activities which caused dangerous levels of air pollution in many regions of Laos last year, especially in Vientiane. Particulate matter (PM) 2.5 pollution occurred in many parts of the country and the pollution in Vientiane exceeded the safety level. To monitor the air quality in different cities in Laos following the request from the national government, the Urban-LEDS II project in partnership with MoNRE is currently developing an Air Quality Monitoring proposal. The proposed project aims to set up air quality monitoring equipment in project cities of Urban-LEDS II.

Apart from the Urban LEDS project, the Vientiane Sustainable Urban Transport Project executed by the Ministry of Public Works and Transport (MPWT) will help improve urban transport operations and capacity in Vientiane by establishing a transport management entity, high-quality bus services, and bus rapid transit. The project aims to promote gender mainstreaming, greenhouse gas reduction and public-private partnerships. The project implementation started in August 2018 and is envisioned to be completed before the end of 2020.

Recognizing the impact of climate change and to contribute to sustainable development, the Lao Government recently endorsed a National Green Growth Strategy with policymakers believing that state intervention will help maintain strong, inclusive and sustainable economic growth. The National Green Growth Strategy is now being implemented until 2030. Deputy Prime Minister Mr. Somdy Douangdy, also serving as the Minister of Finance, said the government viewed the implementation of the National Green Growth Strategy as one of its priority tasks in line with its strategic priorities under the Eighth Lao National Socio-Economic Development Plan. The strategy also aimed to help Laos build its capacity to respond to climate change. The plan stresses the need to utilize the nation’s natural resources more efficiently while taking a development path that is more resilient to risks brought about by climate change impacts while protecting the public’s health.

Considering major activities and recent developments in the field happening in big cities such as Vientiane Capital and Luangprabang. The Minister of Natural Resources and Environment (MONRE) has requested to add the cities of Vientiane Capital and Luangprabang among the satellite cities of the Urban-LEDS II project in 2019. The satellite cities will benefit greatly through the project’s provision of capacity-building workshops, technical assistance, peer exchanges with the model cities (Kaysone Phomvihane and Pakse city) and receive support for the development and implementation of pilot/demonstration projects, which would ultimately contribute towards their local climate action planning, integrating both Urban Low Emission Development Strategies and Action Plan and climate resilience for a more integrated climate action.

Under Urban-LEDS Phase II, Vientiane Capital, as a Satellite city, will collaborate with ICLEI in promoting vertical integration and strengthening the MRV process of climate action plans.